This post is brought to you by Columbus Direct. For more information on sponsored posts read here. 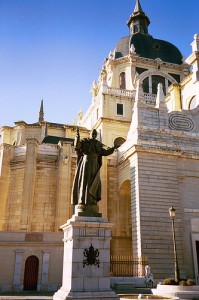 Spain, is a country renowned for its friendly people, rich history, great food and world class night life but where do you go? Do you go clubbing in Barcelona? Sightseeing in Madrid? Or soak up some local history and culture in Seville? To help you decide here we will be looking into some of the most popular city breaks available and offering a taster of what you can expect.

Madrid is the capital and largest city in Spain and situated in the heart of the country. As with all capital cities Madrid has many famous landmarks to visit; such as the Royal Palace and the Muralla Arabe or ‘Arab wall’ – which is the oldest standing structure in the city. As well as interesting sights Madrid also boasts a large collection of museums including the popular archaeological museum and the sprawling Reina Sofia, Spain’s most famous modern art museum. Madrid is a beautiful city with incredible nightlife and typical Spanish street culture with its museums, architecture and art. 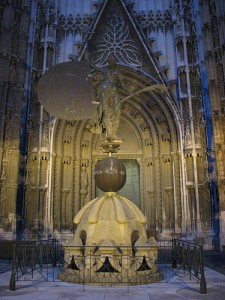 Barcelona is Spain’s second largest city and lies by a beautiful beach on the Mediterranean. This city has something for everyone; from relaxing on the sun kissed beaches, to exploring the sites of the ancient Gothic quarter or taking a leisurely walk through beautiful parkland and a visit to the famous Picasso museum. The architecture and style of the city is wonderful and there are beautiful surroundings in the foothills of the Pyrenees, world famous clubs and a beach to die for.

Seville in the south of Spain might not offer quite as much diversity in a holiday as some of the other Spanish cities but it is one of the best choices for anyone who wants to explore the culture and history of Spain or have a romantic getaway. The old town is the highlight with its beautiful medieval architecture and stunning Seville cathedral. It boasts the Alcazar palace complex and a plethora of incredible sights, art galleries and museums to explore.

San Sebastian on the north coast of Spain is often overlooked by people heading to the south coast and the Costa del Sol. It lies right next to the French border and has an incredible beach. It boasts Michelin starred restaurants, great surf and incredible sights including Constitution Square the medieval city hall and beautiful street cafes and architecture. The surrounding countryside is immaculate with Guajataca Lake and the foothills of the Pyrenees being highlights. It’s a truly gorgeous city at any time of year and well worth visiting – even if only for a short break.

Valencia sprawls on the banks of the Turia along the Mediterranean and is world famous as the birthplace of Paella! It has beautiful Gothic architecture, medieval streets and typical Spanish street café culture. It’s also home to some of the most fun and interesting events in Spain including the grand prix and the Tomatina. The Tomatina tomato fight if one of the most fun events in Europe each summer and well worth visiting for even if you don’t want to get involved.

Visit Columbus Direct for great deals on travel insurance in and around Spain.