A Side-Trip to France from Spain? Porqué no? 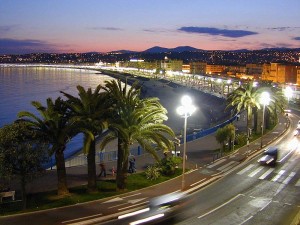 So you’re in Spain. You’ve seen Gaudi’s works of art in Barcelona, the Reina Sofia Museum in Madrid and even the Alhambra in Granada. What’s next?
Even though Spain is a treasure trove of history, culture and nature, there’s more to Europe than Spain. Besides,  its neighboring countries are just a hop and jump away. Looking at the map, you’ll see how it’s bordered by Portugal to the West and France to the East.  Instead of adding Portugal to your Spain trip, why not head East instead to the Cote d’Azur?
Along the gorgeous coastline Cote d’Azur, expect to mingle with beautiful, stylish people, savor outrageous french pastries and lounge on endless stretches of golden beach. From sampling the best French foods in Nice, to hanging out at chic joints in St. Tropez and catching celebrities walk down the red carpet in Cannes, there are a thousand and one ways to enjoy this part of France.
And that’s not just it. From Barcelona to Nice, it’s just a short 1.5hour flight away. With the amount of budget airlines that fly this route these days, it’s not difficult to get cheap airfares. Once you’re in Nice, there is no shortage of cheap hotels in Nice either. Whether you prefer to stay along the coast or in its historic quarters, there are hotels of various budget options for you to choose from.
From Nice, it’s easy to explore the Cote d’Azur on daytrips. Your best bet would be to rent a car and drive along the coastline, hopping off at different beach towns to get a feel of the area. As one of the most charming parts of France, you’re sure to be enchanted.
Photo from Wikipedia.