Adding Portugal to Your Spain Trip 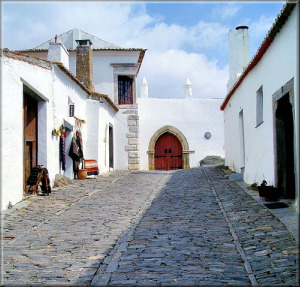 A quick look at the Iberian peninsula will reveal that in addition to the big country of Spain there is another country entirely occupying a sliver of land on the western coast. Spain is so big that it’s no wonder the small country of Portugal often gets overlooked, but that doesn’t mean there aren’t plenty of great reasons to pay both of the peninsula’s countries a visit in one go.
Partly due to proximity, the countries of Spain and Portugal definitely have some similarities. But there’s enough that’s different to make them unique and both worth your time. This is especially true if you like coastal Spain, because Portugal’s location actually takes up what would otherwise be Spain’s west coast. So if you’ve enjoyed your stay on the Costa Brava or soaked up the sun on the Costa del Sol, it only makes sense to round out your coastal experience on the peninsula by heading west to see what Portugal’s coast is like, too.
For those of us coming from the United States, it can be tough to find great deals on airfare to Portugal directly – which is another good reason to combine a trip through Portugal with a trip to Spain. It’s typically not as difficult to find cheap flights to Madrid from North America, and then once you’re on the continent it’s infinitely easier to find (for instance) cheap flights to Lisbon on one of Europe’s many budget airlines.
Another thing that might draw you to Portugal after a trip to Spain is similar to the coast, in that it shares all but one letter – I’m talking this time about the cost.
While some travelers find that they’re less likely to spend a fortune on hotels in Madrid than they would in a city like Paris or London, you’re apt to pay even less on hotels in Lisbon. And if you’re a real budget traveler, there are lots of cool and cheap hostels in Lisbon, too. In short, once you can get yourself to Portugal, you’ll be able to live well without needing a trust fund.
Portugal offers great food and beautiful scenery, and it’s rich in culture and history. It’s absolutely worth a visit, whether you include it on a trip to Spain or not – but why not extend your trip and just explore the whole Iberian peninsula in one fell swoop?
photo by Fr Antunes