Arriving in Spain: what’s the best airport to fly into? 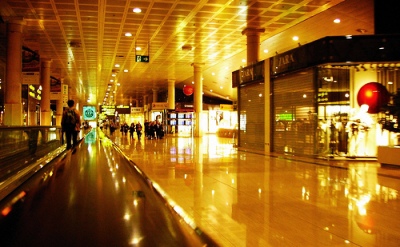 Spain has always been a great vacation destination for travelers from all over the world. And the airlines quickly learned that the flights to the airports in Spain are big money makers.
For the first time traveler though, it might be a bit hard to find the best airport to fly into. Spain is served by several major airports, including Madrid Barajas International Airport, Barcelona International Airport , Palma de Mallorca Airport and Tenerife North Airport. While the choice is easy when you decided to fly directly into one of the islands, it’s get tougher to decide the airport when you start your vacation on the continent.

If only make sense to start your search for flights to Spain with Madrid . The capital is home to Spain’s busiest airport, which literally received flights from all over the world.
You can spend several days checking out the city but you can also make Madrid your base to explore the places near by, such as Segovia – which is located at about 2 hours by train – , Toledo – at only 70 km from the capital – , Seville or plan a two days excursion in San Sebastian.

If you are looking for flights to Spain from one of the European capitals, Barcelona is probably a better choice. Spain’s second largest airport is an important hub for flights from Europe and is very well served by low-cost carriers, including Ryanair.
Barcelona is an amazing city and there’s a lot to do here: walking on La Rambla , visiting Sagrada Familia and even working on your tan on one of the beaches.

If your plans take you to one of the Balearic islands, you should know that out of the five islands, only three receive international flights: Ibiza , Mallorca and Menorca. And out of those, Palma de Mallorca Airport is the biggest airport, served by plenty of carriers. Once in Mallorca, you can either fly into the other Balearic islands or catch a ferry.
All Canary islands are served by international airports so it’s easier to choose your destination. However, Tenerife North Airport is quite large and receives plenty of international flights. Once in Tenerife you can either fly or catch a ferry to the other Canary islands.
Photo credit: St Stev on Flickr