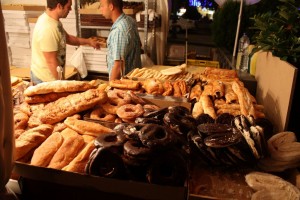 With the Christmas festive season quickly approaching, it’s time to sit down and think about what gifts you’ll be buying for your friends and family back home. Christmas in Spain involves massive celebrations, days of feasting and partying. But as a religious Catholic country, Spain isn’t huge on the entire Christmas Santa Claus idea; gift exchange doesn’t usually take place until the 6th January, the Three Kings’ Day (Los Reyes Magos). For friends who are Spain fans, you might like to surprise them with a gift on the 6th January, adhering to the Spanish Christmas tradition.
In preparation for the festive season, I’ve complied a wide range of things any Spain lover would love to have –from a bottle of La Rioja wine to movies set in Spain. With so many excellent products coming from Spain, it’ll be hard not want at least a few of the items on this list.
To cater to various types of Spain fans, here are some specific Christmas gift ideas:

For Wine Lovers: A Bottle of La Rioja

Spanish wines are known to be some of the best in Europe, with the finest coming from the La Rioja region in the western part of the country. For wine connoisseurs, nothing beats bringing them an original bottle of La Rioja wine from Spain. Sweet, fragrant with a tinge of spice, it’s all the flavors of Spain blended into one.
>> Buy ‘The Finest Wines of Rioja and Northwest Spain: A Regional Guide’ on Amazon 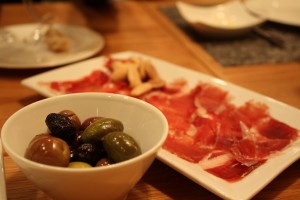 For most Spain lovers, the thing they often miss most about the country is Spanish food and drinks. What other foods say Spain more than olives and the accompanying olive oil? Produced locally from the finest seasonal products, olives found in Spain are of the best caliber. Next to olives, the Spanish cured ham, jamon, is one of heavenly status. These produce can easily be found in airtight packs to be carried in your suitcase. For a foodie, you can’t go wrong with such gifts.

While a Spanish guitar might be too costly as a Christmas gift, you might like to consider buying a CD of traditional flamenco music for music-lover friends. These CDs are compilations of the best pieces from veteran flamenco singers, and showcase the country’s style in music and performing arts.
>> Buy ‘The Best of New Flamenco’ on Amazon 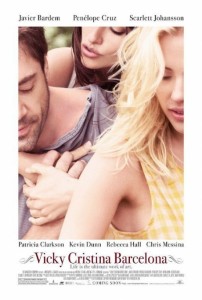 Any Spain fan would love to indulge in a movie with Spain as the beautiful backdrop. There is no shortage of Hollywood movies set in Spain, with probably ‘Vicky Cristina Barcelona’ as the biggest blockbuster till this date. Set in various parts of Spain (majority of it filmed in Barcelona), the Woody Allen hit is a romantic comedy injected with plenty of Spanish flavor. Other popular movies set in Spain include Pedro Almodovar´s Volver, The Spanish Apartment and Javier Bardem’s, The Sea Inside.
>> Buy ‘Vicky Cristina Barcelona’ DVD on Amazon
>> Buy ‘Volver’ DVD on Amazon
>> Buy ‘The Sea Inside’ on Amazon

Most literary fans would know that a plethora of novels and non-fiction books set in Spain have been published to date. Depending on which type of books your friend enjoys (be it non-fiction, romance or thriller), you might like to look through your local bookstore for a list of them. Famous books worth checking out include the ‘Driving Over Lemons´ by Chris Stewart, ‘The Sun Also Rises’ by Ernest Hemingway and ‘Tales of the Alhambra’ by Washington Irving.
>> Buy ‘Driving Over Lemons’ on Amazon
>> Buy ‘The Sun Also Rises’ on Amazon
>> Buy ‘Tales of the Alhambra’ on Amazon

For Fashion Lovers: A Traditional Scarf

During traditional festivals, Spanish ladies like to put on mantillas, black silk scarves with beautiful flower embroidery on them. Although most of these scarves are made in the Philippines, they are still part of the Spanish culture and make for excellent souvenir for your lady friends. They can be found in old boutiques in Plaza Mayor, Madrid.
>> Buy a mantilla on Amazon