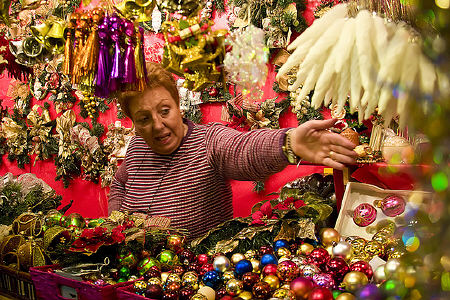 It shouldn’t surprise you that the Christmas season is a big deal in Spain – this intensely Catholic country may be extremely modern and cosmopolitan in many ways, but when it comes to Christmas they’re (almost) all about tradition. If you decide to buck tradition and spend your holiday season traveling, then be sure Spain is on your radar screen. Here are some things you should know about Christmas in Spain before you go. 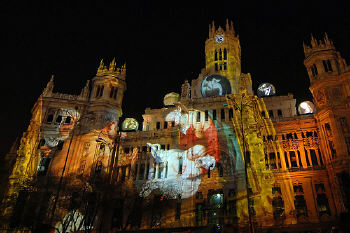 The Spanish don’t mess around when it comes to Christmas. Christmas in Spain begins on December 8th with the Feast of the Immaculate Conception, and various celebrations happen all the way through until Epiphany on January 6th. If you’re a devout Catholic, you’re in for a treat in terms of the various feasts and festivals that take place during the Christmas month – and even if you’re not a devout Catholic (or even very religious), the festivals are often an excellent way to get a look at the culture up close and personal.

Many Spanish families will make the trip to Seville for the Feast of the Immaculate Conception on December 8th, as the celebrations at the city’s cathedral are the best-known throughout the country. The Seville festivities include a dance called “Los Sieses” (The Sixes) performed by 10 boys in honor of Spain’s patron saint, the Virgin Mary. But even if you can’t be in Seville on December 8th, keep an eye out for the decorations which Spanish families all over the country will set out – including candles which remain lit all night in the windows of many houses. 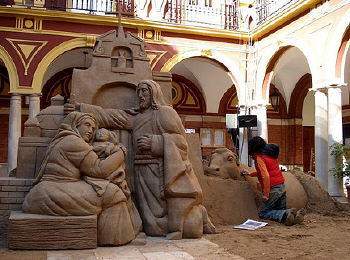 Another typical Christmas decoration you’ll see all over Spain are nativity scenes – called “Nacimiento” in Spanish. They’re not only found in and around churches throughout the country, but are generally found in most homes as well. The nacimientos that are out in public, however, are the ones that deserve (and get) the most attention, because they’re not the kind of thing you could fit on a mantelpiece. No, these nativity scenes are life-sized. But in the home versions, should you be lucky enough to see one in Catalonia, see if you can spot the caganer tucked in somewhere amongst the wise men and accompanying animals. 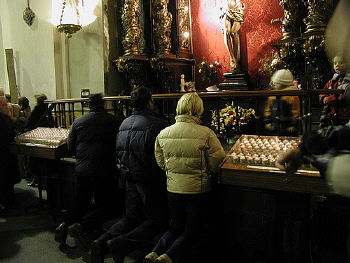 Despite the nearly month-long list of festivities associated with Christmas in Spain, the main events are still Christmas Eve and Christmas Day. Christmas Eve in Spain is known as Nochebuena, meaning “Good Night,” and is generally marked by family gatherings, special meals, and attendance at midnight mass. The traditional Christmas Eve meal isn’t started until after the family returns home from midnight mass, so you can imagine how late they can go! On Christmas Day (after presumably little to no sleep from the night’s celebrations), the family heads back to church. Then the rest of the day is left for more special foods, gift exchanges, and parties with loved ones.

One Spanish tradition which isn’t something you’ll find in other countries is called “Hogueras,” which means “bonfires,” and it actually predates the Christmas holiday. It’s connected to the winter solstice marking the shortest day of the year, and in Spain that involves building bonfires which people then jump though/over in order to ward off illness.

If you’ve made it through the bonfire-jumping to December 28th, you’ll want to note that this is the Feast of the Holy Innocents in Spain. And while that might sound very somber and religious, the way it’s celebrated is similar to April Fools Day – it’s a day for practical jokes and pranks, and in many small towns throughout Spain young boys are made “mayor for the day.” These young mayors then set about commanding that the townspeople perform certain jobs, such as street cleaning.

Beyond the more religious (or even pagan) Christmas traditions are the newer more commercial ones – including the popularity of Christmas markets in Spain. There are extremely popular Christmas markets throughout Europe and other parts of the world, and Spain has its fair share. Check with the tourism office in the city you’re visiting to find out where the nearest markets are.

>> For more on the traditions of the Christmas season in Spain, see this article.

The biggest meal of the Christmas season in Spain – not to mention probably for the entire year – is the Christmas Eve meal that’s traditionally eaten after midnight mass and serves as the start of an all-night party with family and friends. It’s a good thing the party lasts as long as it does, given how much food there usually is at these events! Some of the foods you might find at a traditional Christmas Eve dinner in Spain are: 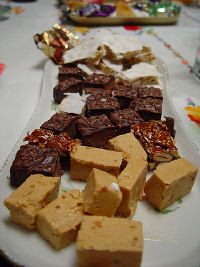