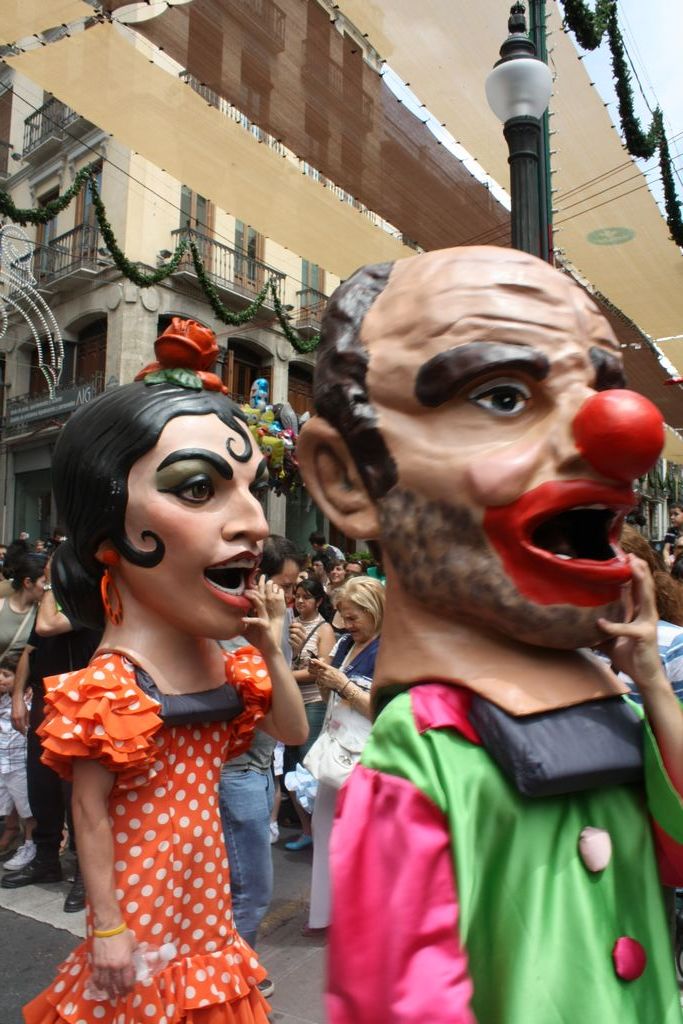 Every June, the Corpus Christi festival takes Granada by storm, wooing the crowds with carnivals, parades and the annual feria. Although the roots of Corpus Christi are religious, nowadays the festival is celebrated in carnival style, with amusing parades, plenty of feasting and dancing.
Corpus Christi celebrates the presence of the body of Jesus Christ in holy water. Back in the 16th century, the Catholic kings used Corpus Christi as a tool to influence the religious beliefs of the population that had been under Muslim ruling for centuries. Today, it has lost much of its religious purpose, although a solemn procession is still held at the end of the week on Corpus Christi Sunday.
The festival is celebrated in various forms throughout Spain but  it is most famous in Granada. Besides taking place alongside the annual feria of the city, Corpus Christi also holds a bigger significance in Granada’s history as compared to the rest of Spain. As Granada was the last Spanish city to be reconquered by the Christians, Muslim beliefs were most rooted here and thus Corpus Christi was taken seriously by the Catholic kings.
These days, the Corpus Christi celebration is a week-long affair. Starting from the Monday leading up to the Corpus Christi Sunday (8th Sunday after Easter – it changes each year), each day is jam-packed with activities held all over Granada. From exhibitions to choir performances and bullfighting spectacles, there are plenty to keep us entertained.

The first parade that kick starts the celebrations is La Tarasca parade. Somewhat amusing and fun, this folkloric parade features big-headed giants and traditional flamenco costumes. These characters go around hitting spectators with balloons, in a bid to turn up the fun factor. The protagonist of the parade is La Tarasca itself, a legendary dragon that looks rather obscure and has a woman riding on it.

Since the 17th century, Corpus Christi celebrations have been fused with the annual fair – the biggest festival of the year. Each city is Spanish has its own feria that takes place at different times of the year. Usually held in the outskirts of the city, the feria is a lively raucous fair with rows of casetas – giant tents – specially set up with disco music and ambiance. Expect to find amusement parks, food stalls, women dressed in traditional costumes and drunk revelers. On the opening night of the feria, there are impressive displays of fireworks and an official light-up ceremony for the feria’s main gate. On the Corpus Christi Sunday night, you’ll also be treated to another fireworks spectacle, marking the end of the feria.

The Corpus Christi also marks the start of Granada’s bullfighting season. Bullfights are held on each day of the Corpus Christi week, with matadors ranging from novices to world-famous experts strutting their stuff every evening. These bullfights are held at Granada’s Plaza de Toro and tickets sell fast – so grab them in advance.
Photo: Author’s own