Getting from Barcelona to Bilbao (and return) 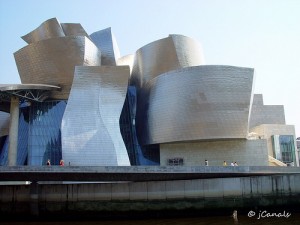 As the capital of the Biscay province in Northern Spain’s Basque Country region, Bilbao is a stopover for many during a trip to the north. Home to the world-famous Guggenheim Museum, Bilbao breaks the Spanish stereotype and seduces with a subtle tinge of aloof elegance. For architecture-lovers, Bilbao is a must- see. You can easily pack Bilbao, Barcelona and Madrid into one artistic tour.
Located in the far north-central part of Spain, Bilbao is easily accessible from Barcelona which is tucked away in the north-eastern corner of the country. Depending on how far in advance you are planning the trip, you can choose either the train or plane to get from Barcelona to Bilbao. It is quite a long distance to drive from Barcelona to Bilbao, but with a few stopovers in Central Spain, the journey is rather enjoyable.

Bilbao is served by an airport located at 12 km from the capital of the Vizcaya province, in the city limits of Loiu. Carriers offering flights from Barcelona to Bilbao are Iberia, Vueling and Air Europa. The journey takes about 1 hour and there are several daily departures, making for easy commute by air. Depending on when you are purchasing the ticket, you can fly RT for as low as €24 per person on a budget airline.
Start searching for flights from Barcelona to Bilbao here:

There are two trains a day departing from Barcelona Sants Station to Bilbao. The journey takes 6 hours 15 minutes and a tourist adult ticket costs €70 one way. Trains depart at 7.35 a.m. and at 3.35 p.m., daily.
>>the schedule and prices can be found here

The buses to Bilbao are run by Alsa . They depart from both Sants and Nord Bus Stations in Barcelona and the journey takes approximately 7 hours.
Tickets cost between €40 per person , one way on a normal bus and €62 per person, one way on a supra+ bus (excluding the €2 administration cost). They are cheaper than the trains and take about the same time to get there. 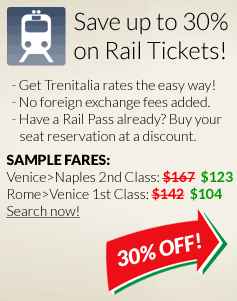 If you prefer the independence of driving, renting a car in Spain is a lovely idea. There are two possible routes between Barcelona and Bilbao: AP-2 or AP-68. Both are toll roads. The 600km-drive takes approximately 5h 30minutes.
Here’s a map (with the shortest route marked) to help with directions: