How to Impress a Spanish Guy 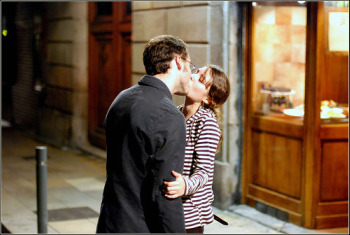 Spanish men are easy to fall in love with – the smoldering eyes, the stylish clothes, that accent! If you’ve been captivated by a Spaniard, here are a few tips for getting his attention.

Be Confident
Spanish guys tend to be stereotyped as passionate and confident, and many of them certainly are. A Spanish man wants someone who can be his equal in these areas. When he tells you that you are beautiful, don’t play the demure “no, I’m not” game.  A lack of confidence is a turn-off. There’s no need to be conceited, but a healthy level of confidence will appeal to a Spanish man.

Be Passionate
Spanish girls tend to be less reserved than their American counterparts and a Spanish guy appreciates a woman who is not afraid to show her emotions. If you’re too shy about showing your affections for a Spanish man, he may interpret that as disinterest. Allow yourself to let go and be led by your emotions more that you normally might. The relationship may not last, but the memories of a glorious, intense fling will.

Play Hard to Get, Just a Little
In the initial stages of the relationship, don’t come off as too eager or earnest in your pursuit. A Spanish guy likes a challenge – after all, this is a culture where bullfighting, the ultimate “dance” between the matador and the bull he pursues, is still practiced as art. Be confident and show your affections, but don’t be at the guy’s beckon call or make yourself available whenever he wants to see you. Let him chase you just a bit and he’ll enjoy the challenge of “catching” you.

Allow Him to Lead….Sometimes
Just like the man leads in the sultry Flamenco dance, a Spanish guy wants to lead his lover sometimes. This doesn’t mean he wants a girl who bends to his every will (just as the woman sometimes performs movements of resistance in the dance), but allowing a Spanish man to take charge sometimes will feed his ego.

A relationship with a Spanish guy can be an intense but unforgettable experience. Be yourself, follow your heart, and allow yourself to fall to in love, if only for a short time.