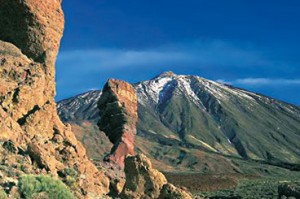 The difficulty with traveling to a destination for the first time is knowing where all the hidden gems are and where the locals go.
Using tips from locals, this guide to Tenerife inspires visitors to try new things, explaining local cuisine and highlighting Tenerife’s best kept secrets from authentic, local restaurants to the most beautiful, secluded beaches. Here are a few things we recommend when planning a Tenerife holiday:

The volcanic nature of the island means there are few white, natural beaches. Those that do exist are characterized by black sand created from the island’s volcanic rocks and are widely known for their beauty.

The Loro Parque is a Spanish zoo located on the outskirts of Puerto de la Cruz and is a perfect day out for the whole family. With more than 300 species of parrot it has the largest, most diverse collection in the world. You can also see the gorillas, chimpanzees, tigers, jaguars, flamingos, alligators and tortoises. Thrill-seekers will enjoy the aquarium with shark tunnel and the world’s largest penguinarium that mimics the Antarctic climate with 12 tons of (real) snow falling a day! Tickets can be purchased at the gate for €32 for adults and €12 for children. Tip: Buy tickets in advance online and save €5 off each ticket.

From music and food festivals to carnivals and religious celebrations there are plenty of events to enjoy if you’re visiting Tenerife. Two examples of spectacular events this year are the Carnival of Santa Cruz and the Fiesta of San Andres.

There are many budget airlines that fly from Barcelona to Tenerife. You can also take the ferry via Cadiz.