From the minute the Spanish national football team landed at Madrid Barajas Airport, Madrid roared with excitement, thrilled to welcome back the champions and the much-anticipated World Cup trophy.
As with every major football championship win, the team paraded around the city center of Madrid on an open-roofed double deck bus, waving their flags high and cheering along with the crowd. Weaving through the city’s thoroughfare, Gran Via, and Plaza de Cibeles, the bus then wound up at Principe Pio. The parade culiminated at Puente del Rey, where a massive stage was set up. Coveted local singers and DJs put up an excellent performance before the team came onto the stage and partied with the crowd.
To bring you through the evening’s celebrations, here are some exclusive photos from the night. 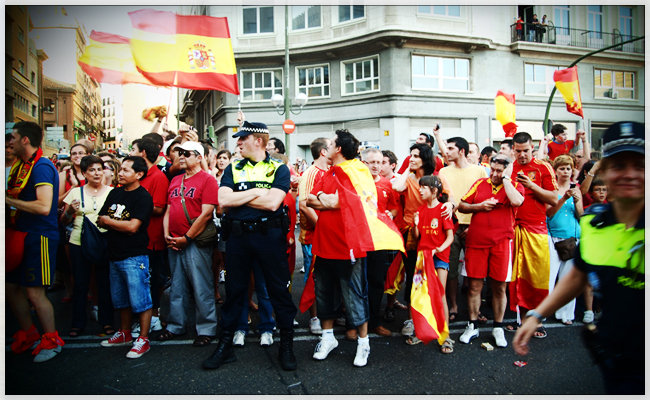 The crowd gathering along Gran Via to welcome home the national heros. 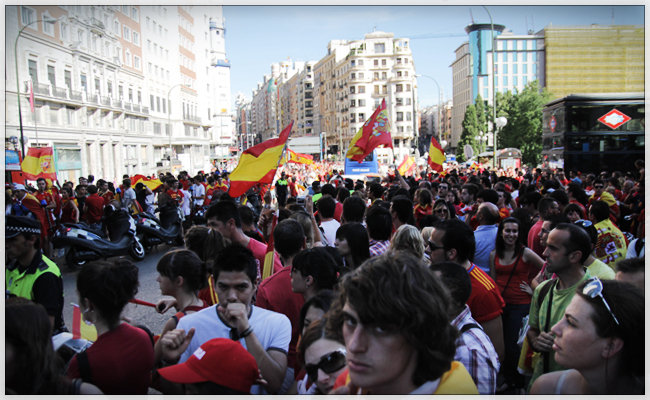 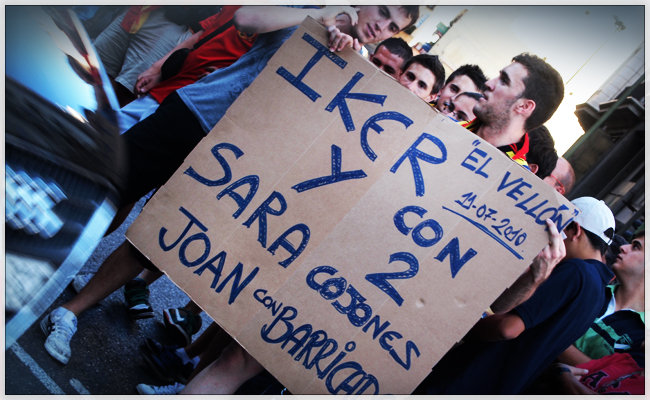 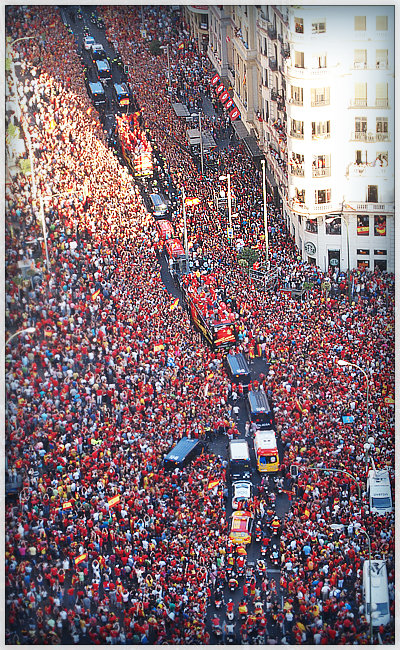 Madrid as seen from above: the entire city is painted in red and yellow, welcoming the Spanish team home in fervour. 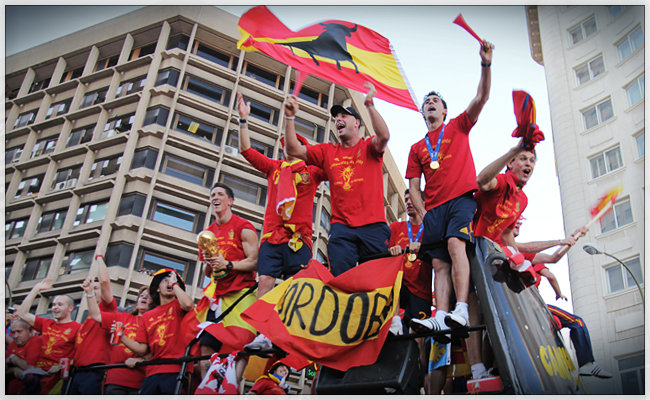 The boys finally arrive with the World Cup trophy! 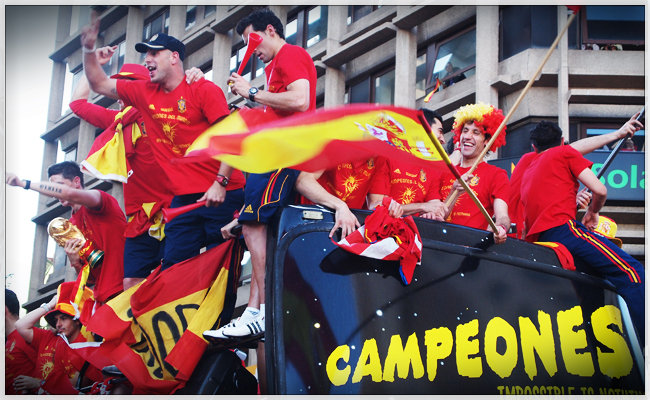 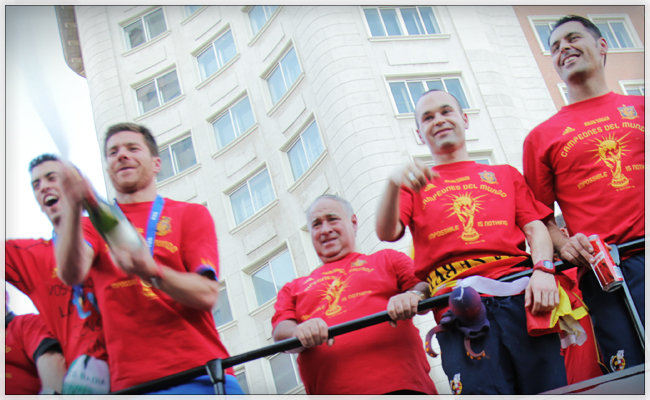 The boys having fun: Xabi Alonso sprays champagne all over the crowd, while WorldCup hero Andres Iniesta greets his fans. 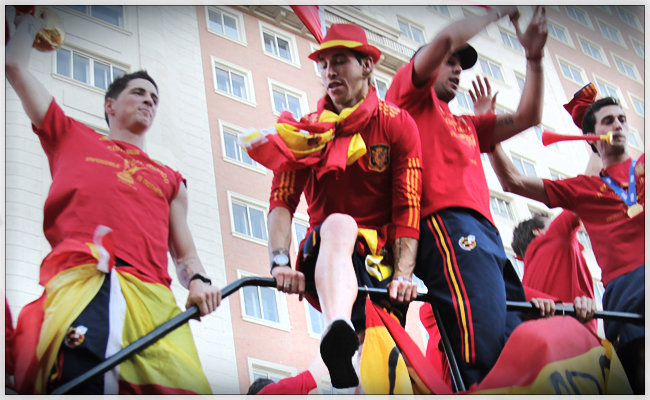 Fernando Torres and Sergio Ramos cheering the crowd on. 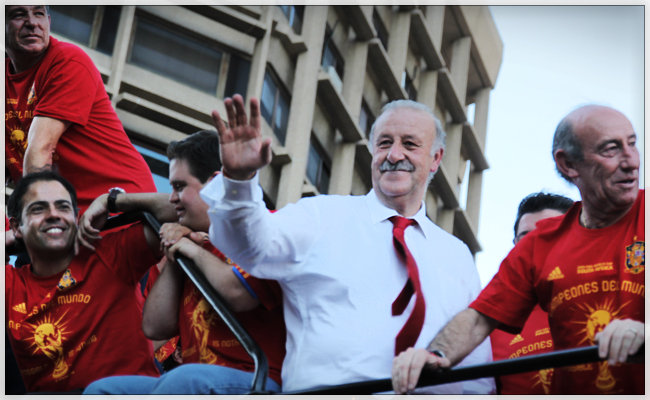 The best coach in Spanish football history (at least in my opinion) greets the crowd! 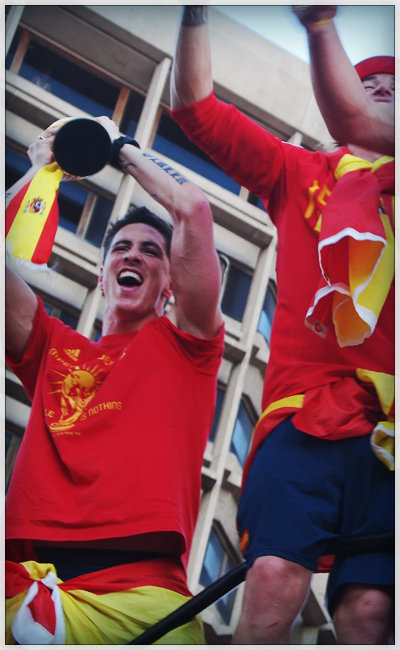 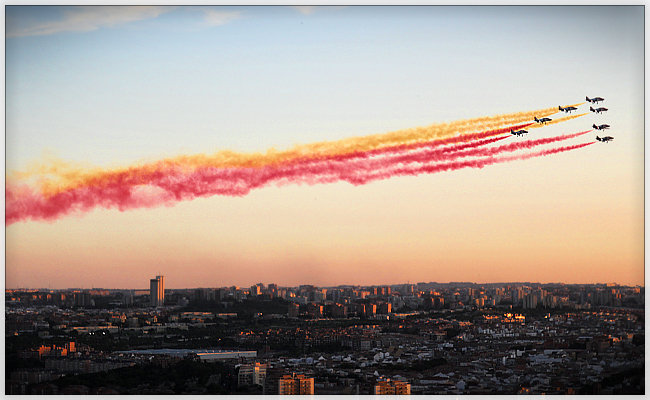 To end the slideshow, here’s a shot of Madrid’s skyline as the airforce paints the skies in red and yellow, Spain’s national colors.

Photo credit: All photos above were taken by Shela Wong, used with her permission.