“Campeones Campeones Campeones…Champions ” The chanting echoed through the streets of Granada last night, as Spain fans in every corner of the country rejoiced in their victory. The entire country was painted in red and yellow, even buildings and monuments had the Spanish flag draped over them. Jubilant fans jumped into water fountains – a victory tradition that takes place after every win. Undoubtedly, the celebrations were even more energetic than last Wednesday when Spain fans celebrated their Semi-Final win.
El Pais, the Spanish national newspaper, said, “The dream has come true.” It wasn’t an easy fight though, the agonizing game only ended when Iniesta scored a brilliant game, crowning Spain as the World Cup 2010 champion. El Mundo, another Spanish newspaper, said, “This World Cup has crowned one of the best teams of all time.”
I took to the streets to join in the huge fiesta: Spain fans decked out in red and yellow screamed and cheered, strangers coming friends in an instant. It was a real honor to be in Spain for the celebrations, as people of all nationality got together and waved the Spanish flag with pride. I’ll let my personal collection of photos do the talking. 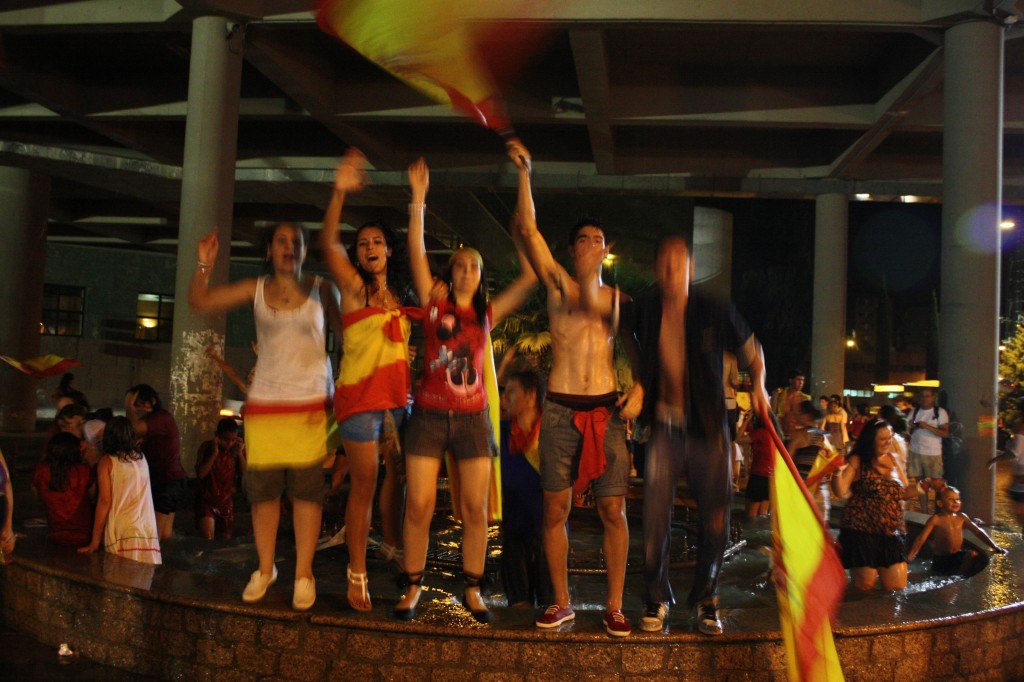 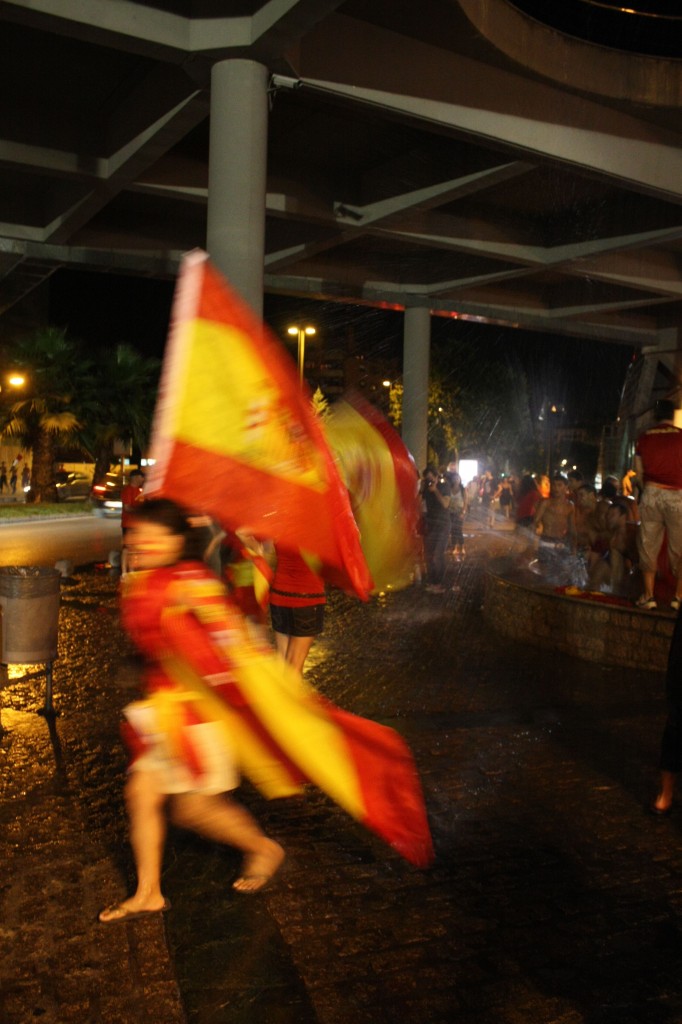 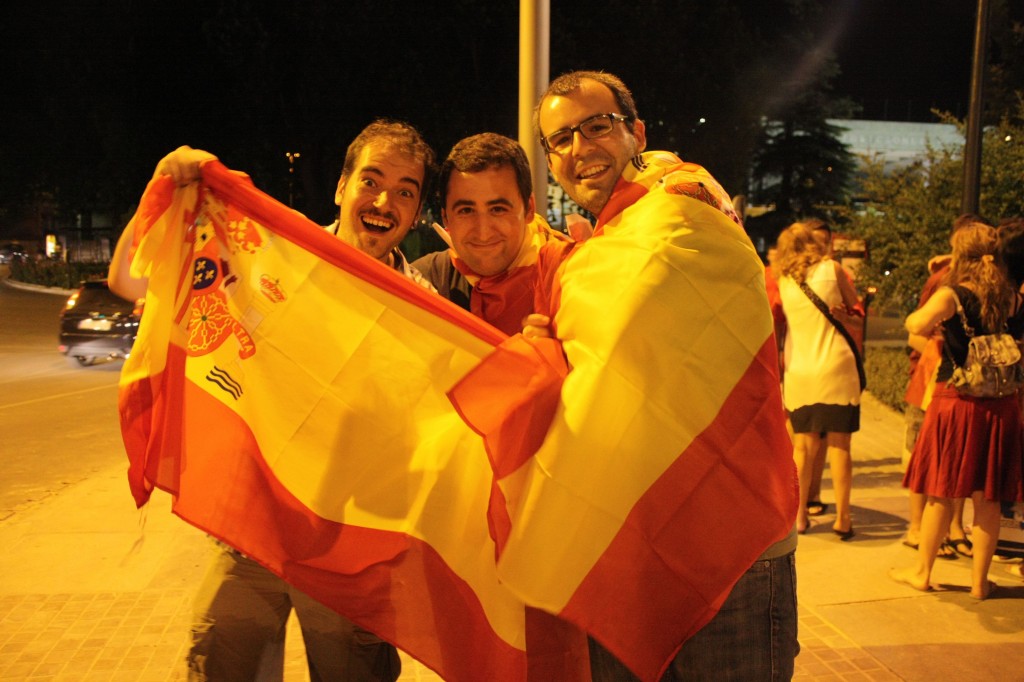 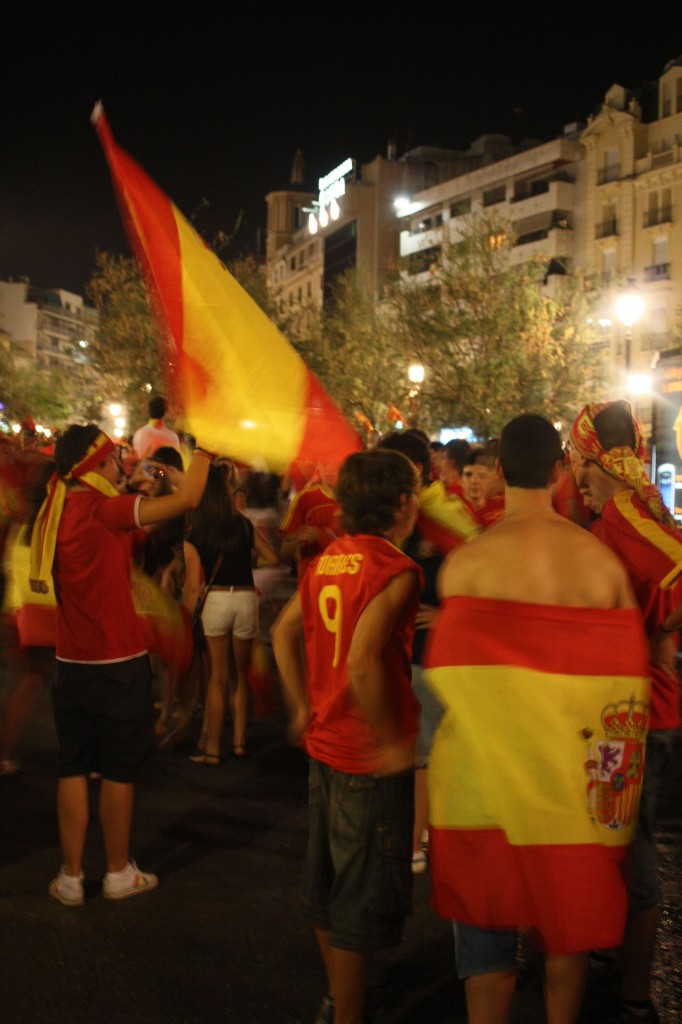 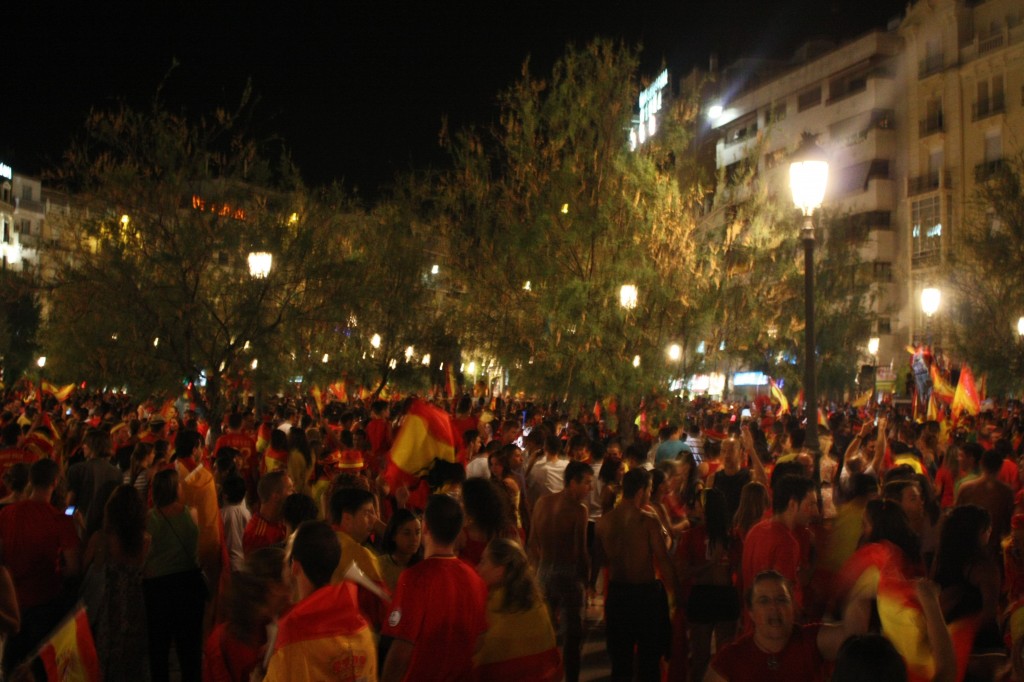 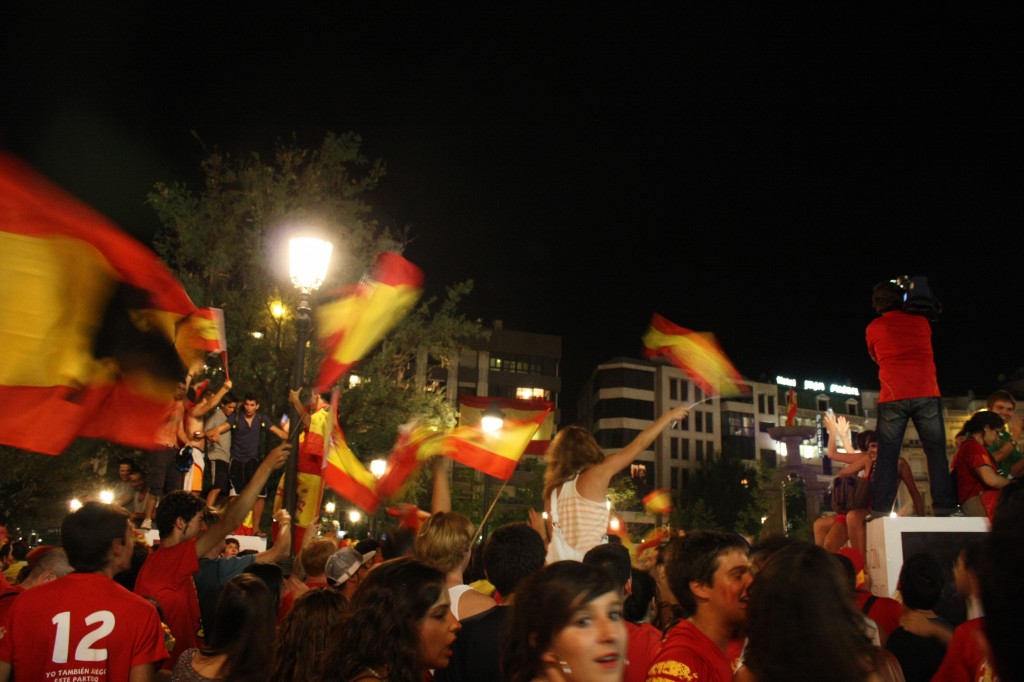 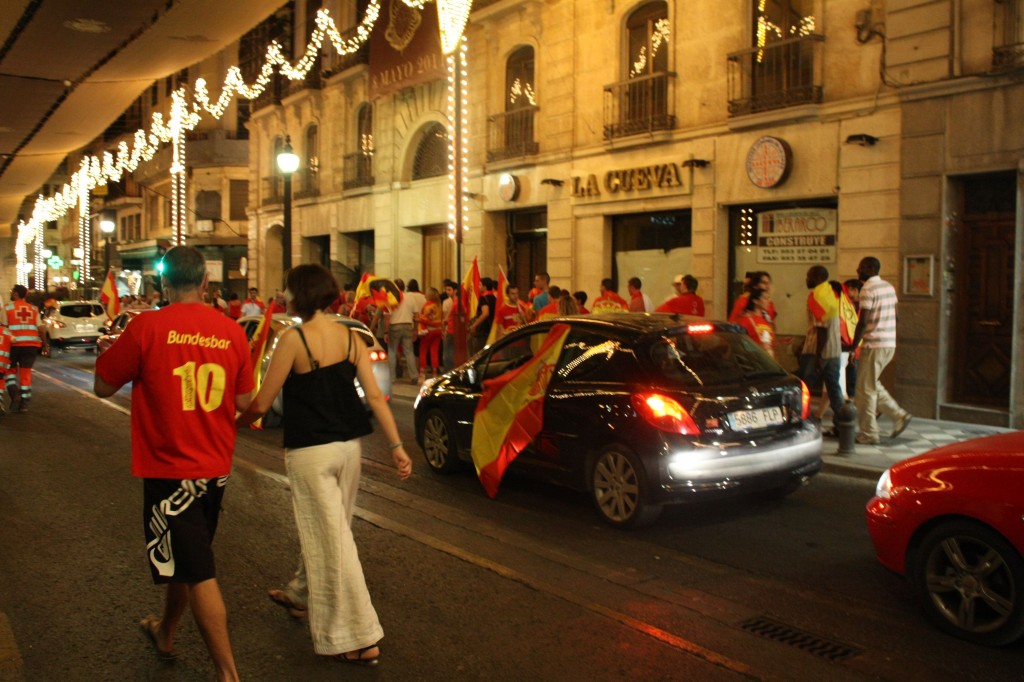 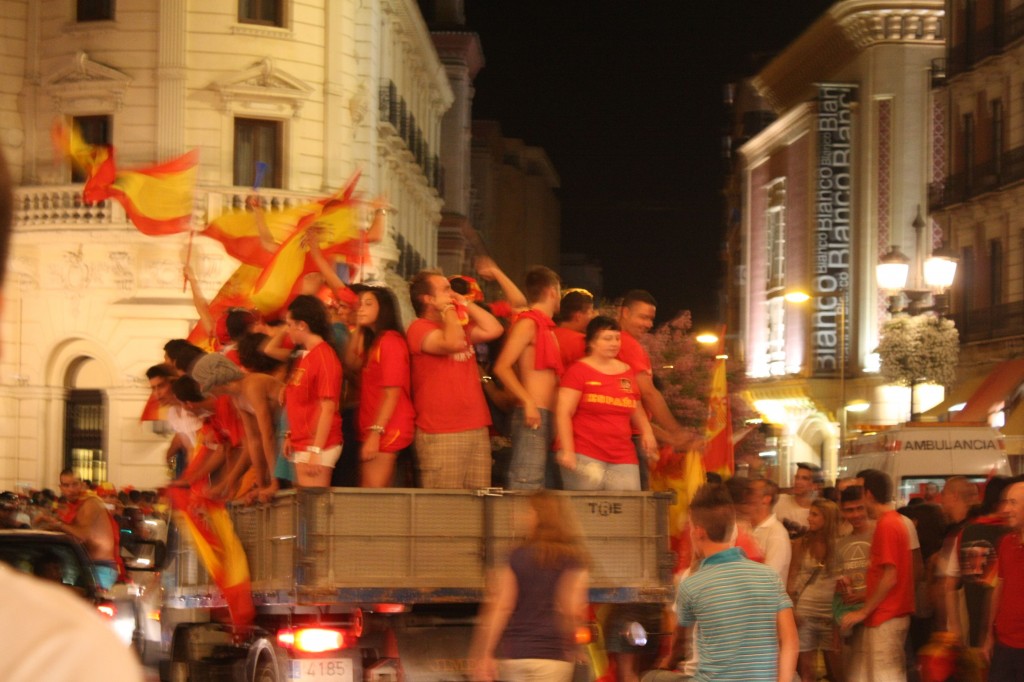 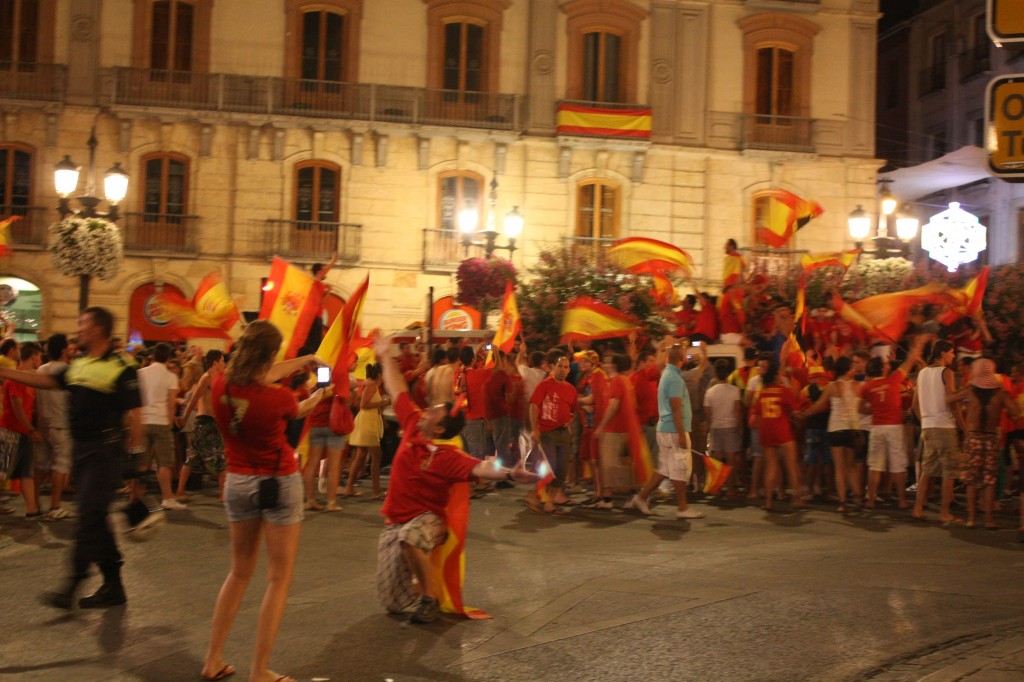