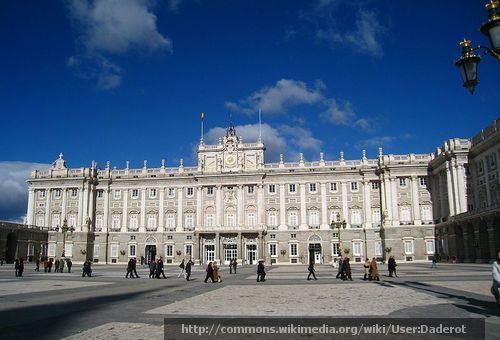 Europe is literally littered with palaces spanning the medieval era and beyond and Spain is no exception to this trend. However, a big difference with the Palacio Real, or Royal Palace in Madrid is the access that it grants to the public. As one of the most popular attractions in Madrid, the Royal Palace has an impressive display of royal artefacts and valuables. The Royal Armoury Museum is also one of the best museums in Madrid, thanks to its collection of weaponry.
There are a vast number of rooms available for viewing for the general public as the current royal family no longer resides at this one. Not to say that the Palace Zarzuela, the permanent home of the royal family, isn’t desirable, but the interior décor and massive palace grounds of the Royal Palace are so astonishingly gorgeous that an experience viewing it strongly begs the question why the royal family would ever choose anything over this as their primary residence.

High metal gates added in the 19th century and hired Spanish guards protect the main public entrance at the Plaza de Armas of the Spanish Royal Palace. Upon entry to the courtyard one can see the magnificent aquaducts that line the left wing of the palace. The view from beneath these aquaducts is stunning but hard to stay focused on when the view of the actual anticipated palace itself is so beautiful. It’s best to take your time at this lookout after you’ve been through all of the rooms.
Across from the aquaducts and to the right of the main entryway to the palace is the Royal Pharmacy. 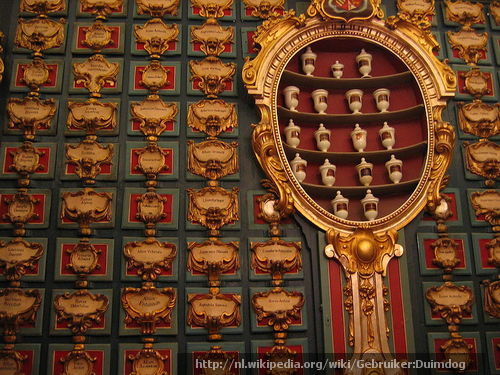 This is the first room that grants access to the public and it is one of the most interesting in its inventory. The walls are lined with shelves that hold ridiculously oversized vats, bottles, cupboards, bowls and numerous types of glass and metal containers filled with medicines used years ago for the royal family and their guests. Some of the names are familiar while others are suspiciously odd. The entire collection is awe-inspiring and truly beautiful, something that can’t be said of any modern day medicine cabinets.
This part of the palace is separate from the main tour and entryway but is definitely worth a visit so be sure to catch it either on your way in or out of the actual palace itself.

The actual doors to the palace are simple enough, gated with red velvet ropes to regulate the number of people in the palace at one time, so do expect to wait a bit here. However, as you move forward, you’ll understand why people are taking so long to make it through this first hall. The massive stairway leads up to breathtaking frescoes, murals and marble and this is literally just the beginning. The art and architecture only gets more fantastic from this point on so brace yourself if you’re already in awe. 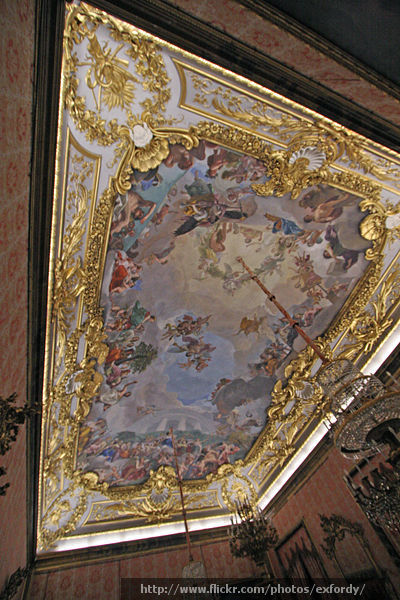 The rest of the Madrid Royal Palace is a series of bedrooms, dining rooms, kitchens, armories, parlor rooms, sitting rooms, reading rooms, every type of room you could possibly imagine that a palace would require. Unfortunately, many of the rooms are still inaccessible by the public but you will by no means be disappointed by what is revealed to you. Each room seems to have had its own exquisite designer as no two rooms look alike and seem to have been decorated in different styles, guaranteeing that you won’t be bored by the experience.
The high ceilings and wall/ceiling paintings alone would suffice in captivating any audience, with works by famous names such as Francisco Goya, Caravaggio, Velazquez and others. But it gets even better with not only the magnificent architecture, textures, fabrics, rugs, marbles and woods, but the wealth of the decor and actual objects that fill the rooms, from stunning porcelain pieces and rare instruments to authentic weaponry and exquisite furniture and dining pieces. It’s all really just overwhelmingly awesome.

If the pure richness of every room isn’t enough to blow your mind then be sure to read or listen to the history involved in each room. You can actually see the beds where famous kings were born and where strategic marriages were consummated. The history lies in every step you take. If you want to know more about the history then a guided tour is recommended.
The guided tours last about 45 minutes and only cost 1 euro more than going through the palace on your own. They are super informative but you are stuck with the group you go with and move at the group’s pace. If you want to go on your own, there are still signs posted in all of the rooms that explain any significant moments that happened in them and what they were used for so you won’t miss out on all of the information. 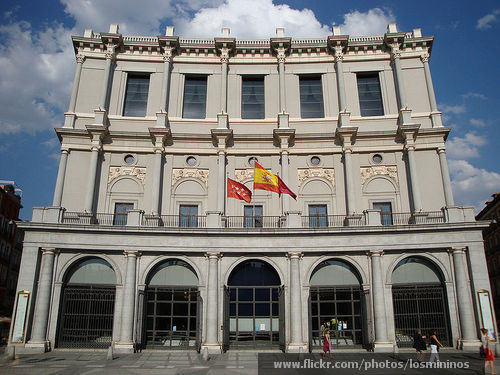 Other than the palace itself, the grounds are quite stunning. If the weather is nice, it’s worth taking a walk through the back gardens that house a magnificent pond and beautiful plants in warmer seasons.
There is also the Teatro Real, or Royal Theater Opera House just past the gardens that is worth a visit either for a tour or an actual show. The building itself is magnificent and was recently restored to its original condition. The theater has housed magnificent performers including Diaghelev’s Russian Ballet troupe in the 1920’s and has just as much history as the palace itself, so a tour is strongly recommended. Shows still take place here and more information about them can be found through the theater’s website at www.teatro-real.es.
Palace Location:
Bailén St.
Madrid, Spain.
+34 91 454 8800
Hours:
October – March:
Mon – Sat: 9:30 am – 5:00 pm
Sundays/Holidays 9:30 am – 2:00 pm
April – September:
Mon – Sat: 9:00 am – 6:00 pm
Sundays/Holidays: 9:30 am – 3:00 pm
Prices:
Adults: $10EU
Seniors/Children/Students with ID: $3.50EU
Children under 5: Free
Free entry daily with the Madrid Card and on Wednesdays to EU citizens.