Last Wednesday 7th July 2010 saw the whole of Spain roaring and cheering as their national team advance into the World Cup Finals for the first time in history!  I was thrilled to be part of the massive celebrations as Spanish fans from every corner of the country gathered together to cheer for their national team.
Before the much-anticipated Spain vs Germany semi-final match started, spirits were already high. Red-and-yellow flags were flying high, while spectactors painted their faces with their national colors. Instead of vuvuzelas, trumpet sounds were echoing through the streets. Massive screens were set up in sprawling fields, and beer stands in every corner of the streets. As an old tradition, fans jumped into the fountains to rejoice and celebrate.
Paul the Octopus predicted Spain to be the winner, and it did not disappoint. When Puyol broke through the crowd and scored a goal with a header, every single spectator screamed and jumped in joy. On the streets, fans sang and cheered in exhilaration, waving the Spanish flag sky high, chanting with pride, “Yo soy Español, Español.. I am Spanish, Spanish.” To say the least, I had never witnessed such camaraderie and pride in my life. Let’s take a look at some photos taken on the night itself to relive the evening: 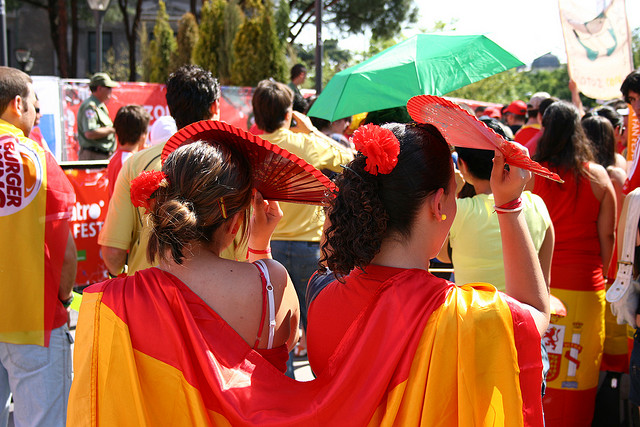 Preparing for the match at Plaza de Colón, Madrid. Photo by Begoña V. 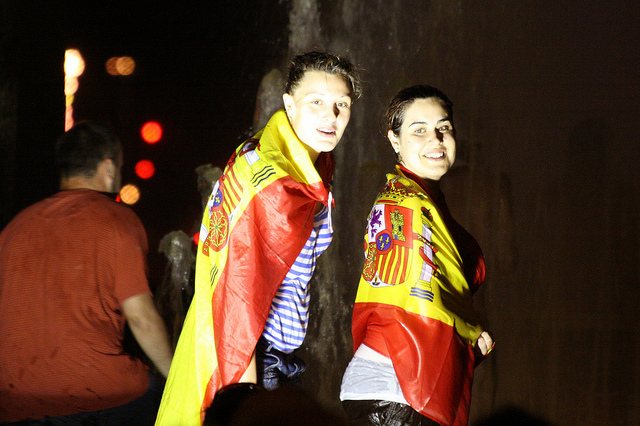 Fans jumping into the fountain in Vigo. Photo by Contando Estrelas 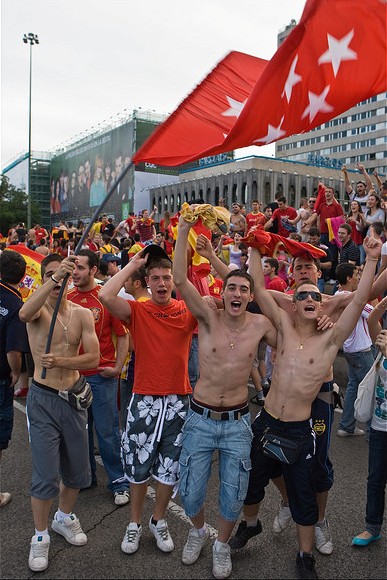 Cheering with joy in Madrid. Photo by luisete 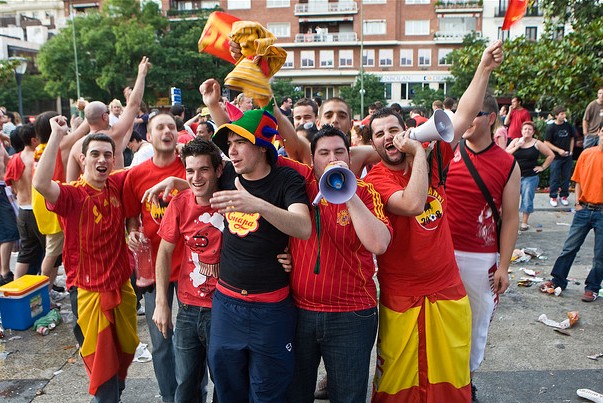 All smiles. Photo by luisete 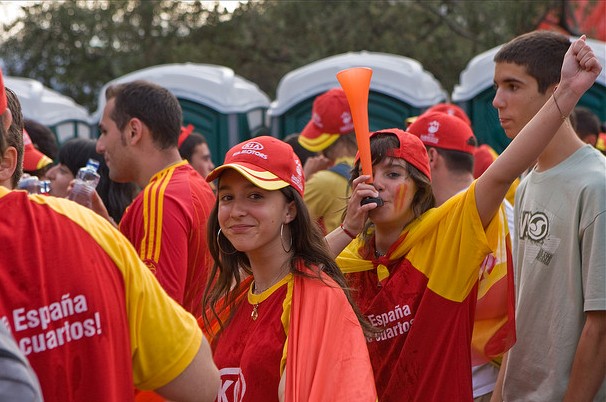 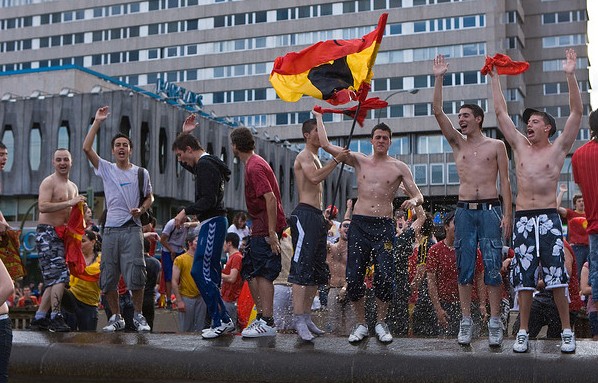 Young Spain fans celebrating in the fountain. Photo by luisete

Where to Watch the WorldCup in Madrid? Check out our list of bars to catch the action live.