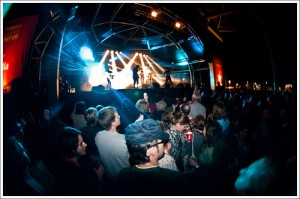 Barcelona is the trendy and hip music capital of Spain, playing host to numerous music festivals through out the year. Its vibrant music scene, combined with a perfect summer’s setting, makes it the hottest staging ground in Spain. Thousands of concerts of all genres of music are held here every year, drawing in hordes of music lovers with offbeat sounds and atmospheric vibes.
Summer in Barcelona is jam-packed with music festivals and fans from all over the world. With the arrival of summer, Barcelona puts on its funkiest party gear, getting ready to embrace the heat with music.  From punk rock to mainstream pop, there is an ecclectic mix of music and an uninterrupted flow during this time of the year. Most of these concerts are held outdoors, with plenty of greenery and space to lounge around. Beer and other beverages are on sale at these venues, so expect a massive party that’ll last till dawn!
To get you in the mood, here’s a list of Barcelona’s summer music festivals.

One of the biggest music events in Europe, Sónar is an advanced music and multimedia art festival showcasing the best in today’s progressive music scene. Bringing together international and local artistes from the world of electronic music, the impressive lineup of performers often exceeds the spectators’ expectations. Taking place every June over three whole days of power-packed events, the music festival fires up spectators with non-stop flow of music from noon to dawn. Those with an eye for progressive music and unconventional electronic beats are in luck, as the list of performers gets more and more exciting each year. Big names like the Chemical Brothers, Orbital and Grace Jones have graced its stage.
For a 1-day ticket that allows you entry in the day (12pm to 10pm) costs 39euros, while a night pass (entry after 9.30pm) costs 65euros. You can also purchase a 2-day pass for 100euros and a 3-day one for 155euros. Check details on its official website. 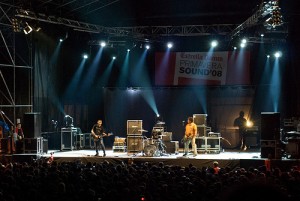 This vastly popular music festival packs a punch with performers from different corners of the globe, bringing sounds of different background and genres. Especially popular with young music lovers, the Primavera Sound not only showcases world-famous artistes, but also interacts with spectators through workshops and guest stages. A huge legion of bands and performers have taken the stage here, including Pet Shop Boys, Pixie, Orbital and Van Dyke Parks. Concerts are held in the sprawling Parc del Fòrum in May.
Day tickets are priced at 75 price plus booking fee, while entry for the entire event costs 180euros (plus booking fee). Details can be found on its official website.

Named after Montjüic’s Teatre Grec, this performing arts festival is aimed to breath fresh air into Barcelona’s degenerating art scene. Showcasing music, dance and theater performances in various venus all over the city, GREC holds on to Barcelona’s cultural heritage and gives it a quirky twist. Before you dismiss it as a serious affair for classical art lovers, you’ll be pleasantly surprised to know that this festival also plays host to pop singers and contemporary artists. Pop singers in the likes of Corinne Bailey are part of the lineup while  Taiwanese dance group Wild Cursive have also performed here. The event is spread out from June through to August.
Each show has its own ticket prices, refer to the festival’s official website for schedule and prices.

Barcelona might not be the stronghold of flamenco but its annual flamenco festival is definitely worth checking out. It congregates regional and Spanish flamenco artists at one spot – as they share their passion for this traditional performing arts with flamenco enthusiasts. Through a series of lectures, performances and workshops, you can get under the skin of world-class flamenco artists. Spread through out May and June, the festival is held in CCCB (Centro de Cultura Contemporànea de Barcelona).
Ticket prices vary widely, from free entry to 25euros for a ticket. You can find the event schedule on the festival’s website.
*Ticket prices were accurate when published. Last updated in May 2010.
Photo credits: .7 and C.J.Wood.
Read more about:
>> Hot Deals and Hot Summers in Barcelona
>> Barcelona: Spain’s Most Beautiful City
>> Things to do in Barcelona
>> Recommended Day Trips from Barcelona