Things You Should Know About Valencia 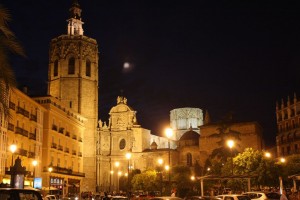 Most foreign visitors come to Valencia without any expectation – Valencia may be an extremely popular destination for Spanish travelers, it is still not as well-known as Barcelona or Madrid amongst foreign travelers. Besides its world-famous La Tomatina food fight festival, there is little known about the city in the international market. One famous emblem of the city is the Ciutat de las Ciencias y Artes (City of Arts and Science) – a futuristic expo area that makes up the city’s cutting-edge modern hub. Although the chic, vibrant city embraces contemporary designs, it hasn’t forgotten its past. Its old centre is definitely worth a visit, especially for those seeking an authentic Spanish experience. Here are some things you should know about Valencia that might help prepare for a better understanding of the beachfront city.

It is more than just a modern metropolis.

Valencia has two starkly different faces – one that’s uber-chic, stylish and futuristic; and the other that’s charming, vintage and old-world.  It’s a city that perfectly blends both faces together. In its old quarters, you can find impressive Renaissance buildings and a majestic Cathedral that is said to house the Holy Grail. Although that has never been proven, thousands of curious travelers are still drawn to its Cathedral to get a glimpse of the legendary Holy Grail. Wander through the labyrinth of characteristic buildings, baroque-style architecture and markets to get a feel of old Valencia.

It’s cheaper than Barcelona and Madrid.

As compared to other major Spanish cities, Valencia is relatively affordable. Food, accommodation and nightlife are generally cheaper here – expect to pay from 8 to 15€ for a standard restaurant meal, 20 to 30€ for a hostel bed and 55 to 70€ for a simple hotel room.  Cheap hostels in Valencia are easy to find, but book in advance during festivals to secure a bed. There are also tons of free things to do in Valencia, be sure to check them out.

It’s got some of the best city beaches in Spain.

Valencia City is one of the numerous Spanish cities built along the coastline, but its beaches are definitely some of the best ones among the list of coastal Spanish cities. With excellent urban planning, the beaches are easily accessible from the city centre and are pleasantly laid out for summer-revelers to indulge in. The white, sandy beach is wide, separated from the road by a beautiful boulevard lined with seafood restaurants and bars.

Valencia gets really crowded in summers.

A downside to having some of Spain’s best city beaches is the amount of visitors who come flooding in summer. Due to Valencia’s proximity to Madrid, this is the Madrileño’s most popular summer vacation spot. The beaches in Valencia tend to get completely filled with people, so be sure to plan your trip here in advance.

Many travelers make the common mistake of expecting other people to speak English when traveling.  It’s best to learn some Spanish to communicate with the locals here. Don’t forget that the official language in Valencia is Valenciano, a dialect similar to Catalan but differing quite largely to Spanish. Most people here speak Spanish as their second language. Try to pick up a few words in Valenciano, and the locals would be more than happy to help you out or even have a conversation with you.