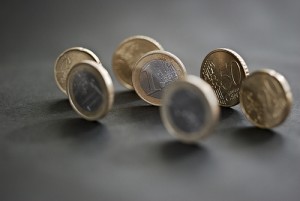 For many travelers, one of the biggest questions when dining in a foreign country is tipping:  To tip or not to tip, and if yes, how much to tip? While it may be a mandatory gesture in the United States, it is not the case in many parts of the world. So before you dish out a fiver for your next waiter, be sure to read on for our tipping guidelines in Spain.

How Much to Tip?

The idea of a “standard” tip of 15-20% in the United States doesn’t exist in Spain. Spaniards don’t tip that much, even when they do leave a small token, and waiters don’t expect that much. Tips are usually in the form of spare change, or at most 1 to 2€. Whether you are in a casual tapas bar or proper sit-down restaurant, the rule is the same.
If you feel like you just can’t get up from the table without leaving something, you can leave a few coins on the table before you go. Even if you’re paying with a credit card, don’t worry about putting a tip on the card – just a few spare coins on the table will do.
This same rule applies with taxi drivers in Spain. A tip isn’t expected at all, and usually, extra luggage charges or surcharge for departures from the airport would have already been added to the tariff. But if you want to thank a driver for dealing with your heavy or plentiful luggage or providing some useful information, you can just politely ask them to keep the change.
For hotels in Spain, again, tips are not expected, except for high-end establishments. Of course, it is a courtesy gesture to tip your bell-boy for lugging your heavy suitcase up to your room. Other than that, there is usually no need to tip anyone else in the hotel.
Photo credit: Flickr photo by mammal