When to Buy a Spain Rail Pass 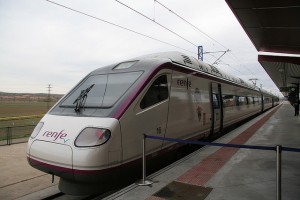 Since the introduction of numerous budget airlines, high-speed rail routes and long-distance bus journeys, finding the cheapest way to get around Europe is no longer as simple as what it used to be. These days, you need to research on all types of transportation in Spain and do your homework before your trip in order to save a few bucks on your travel expenses. This article is to help those who have decided on train travel in Spain and how best to go about planning it.
If you are going to be spending quite some time traveling within Spain, the Spain Rail Pass would be a useful pass to cut transportation cost and enjoy traveling through the country by train. This pass allows you to take an unlimited amount of train within a certain period of time and only within Spain.
The main question that most of us have when considering a Spain Rail Pass is whether it will be cheaper to go with a pass or by buying individual tickets once you’re in Spain.
It used to be the case that it was almost always going to be cheaper to buy individual tickets instead of a Spain Rail Pass – provided you were only going to be taking trains in Spain and not going to other countries – but that has changed over the years. As Spain adds more high-speed rail lines and routes to its network, ticket prices on those trains are going up. And it’s these high ticket prices that make getting a Spain Rail Pass such a good bargain.
To decide if a Spain Rail Pass works for you, you will have to take out your calculator and do some research. First, you will need to plan your approximate itinerary in Spain and decide what routes you will be taking. Once you’ve got your travel plans mapped out, check out Spain’s national railway company’s website www.renfe.es to take a look at the approximate prices. Routes like Madrid to Seville or Madrid to Barcelona are serviced by AVE (high-speed trains), so these can be particularly expensive.
For those whose vacation time is limited and precious – taking high-speed trains maximizes the amount of time you get to spend actually on vacation instead of in transit. And that’s when a Spain Rail Pass is not only a money-saver but a time-saver as well.

When to Buy a Rail Pass in Spain

Generally, the way to decide if you should buy a pass or not is by calculating out your approximate expenditure. But if you’re just not interested in doing the math, then this summary might help.
You should strongly consider getting a Spain Rail Pass if:

When Not to Buy a Rail Pass in Spain

If you’re still in a dilemma and the mathematical calculation isn’t convincing, then here’s the bottom line.
A Spain Rail Pass probably isn’t worth buying if:

>> For more information, check out our train travel in Spain page and learn more about our new Europe Rail Booking Tool.
Photo: Flickr by markjhandel