Where to Watch the World Cup in Madrid 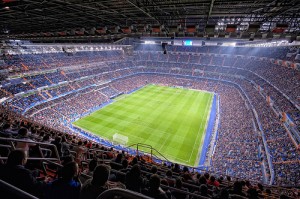 We’re now one week into the start of World Cup 2010 – temperatures are rising and all eyes are on this season’s hottest teams. Although Spain lost its first match against Switzerland, that only means we have to cheer harder for La Roja! With this season’s World Cup kicking up a storm all over the world, everyone is glued to the tv for world cup actions and updates. You’ll find almost every single bar in Madrid showing Spain matches, so if you are a Spain fan, then definitely head out to any bar in your neighborhood and you’re sure to have a wild time.
But if you are rooting for other teams and don’t want to be outnumbered, then these are the best places to watch the World Cup in Madrid, listed according to the district they are located in.
Malasaña district: