Budget Airlines that Fly to Spain 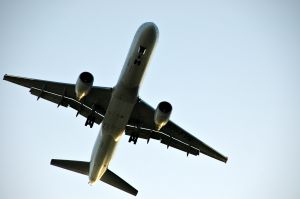 As a popular travel destination in Europe, Spain is conveniently connected to other parts of the continent by budget airlines, and thus cheap flights to Spain are easily available.These days, with the fierce competition among budget airline companies, it is usually cheaper to fly than travel by bus or train. To cut cost on travel expenses, the best way is flying to Madrid or Barcelona and then book a domestic flight to get from one city to the next. Bus travel is cheaper (although at times you can get better deals flying), but takes much longer hours.
Low-cost airlines operate regular flights between major Spanish cities and the rest of Europe. Vueling is a Spanish budget airline that flies from numerous Spanish cities such as Madrid, Barcelona, Seville, Granada and Alicante to popular destinations in the region.
Other low-cost airlines include Easyjet, Ryanair, WizzAir, AirComet, Transavia, Iceland Express and BMIBaby. These airlines fly from various corners of Europe, namely the UK, Germany, Holland, Poland and Iceland. Some of them even fly outside of Europe, specifically Morocco and Israel. To see the full list of budget airlines that fly to Spain, click on the lists of budget airlines that fly to the various cities in Spain.

Budget Airlines that Fly to Spain, listed according to major cities:

Airfares depend largely on travel dates,  season and place of departure. Budget airfares get snapped up very quickly, so be sure to keep track of promotions and sale and nab your tickets as soon as possible.