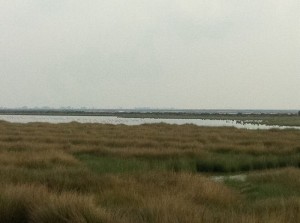 Tucked in the southwestern corner of Spain lies the Doñana National Park: one of the most important national parks and wildlife reserves in Spain. Sprawling across the provinces of Huelva, Seville and Cádiz, the national park or parque natural covers 543 km², of which 135 km² are protected areas.
Doñana Parque Natural was declared a UNESCO World Heritage site in 1994 and it was also recognised as a Biosphere reserve. It is a wetland of international importance on the list of the Ramsar Convention. With a biodiversity that is extremely unique in Europe, Doñana is home to a myriad of ecosystems and habitats that encourage wildlife to breed here.
Found at the crossroads of the Guadalquivir river bank and the Atlantic Ocean, the national park feature a mixture of lagoons, marshlands, dunes, woodlands and maquis. Here, you can spot various species of European and African migratory birds, fallow deer, Spanish red deer, wild boar, European badger, Egyptian mongoose, and endangered species such as the Spanish Imperial Eagle and Iberian Lynx. 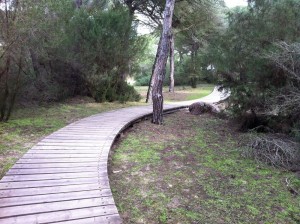 How to Get There:

As the park is highly protected, entrance is strictly controlled. There are a few options from different parts of the park: You can take half-day trips with official guides or explore around the visitors’ centres on foot.
The main visitors’ centre is located at El Acebuche (tel: 959 44 87 11), 3km north of the town of Matalascañas. The centre has an exhibition about the park, a café and a shop selling maps and books. Here, you can follow a signposted 5km trail through pleasant scrubland and pine trees. Next to the centre is the El Acebuche lagoon, where you can see purple gallinules and a variety of other birds.
From El Acebuche there are four-hour jeep tours run by the Cooperativa Marsimas del Rocío, which must be booked in advance. The four-wheel drive vehicle can seat 21 people and guides speak some English. There are two trips a day (excluding Mondays), at 0830 and 1500 (1700 in summer).
The other visitor’s centres include La Rocina, with a 3km-long nature trail along the freshwater lake and marshland Charco de la Boca; Palacio del Acebrón, an old hunting lodge offering a short and pleasant 1.5-km nature trail through woodlands; and José Antonio Valverde on the northern edge of the park has some excellent birdwatching opportunities.
Another popular option for visitors is the ferry boat ride from Sanlúcar de Barrameda. Here there are daily departures, stopping i a few places for guided walking tours in the park. The tour takes approximately 3 hours and makes a pleasant Sunday morning visit. Ask at the Centro de Visitantes Fábrica de Hielo in the city.

Spring and winter are the best times to visit the park when most species of birds are in residence. In summer when the park is at its driest, many species have finished breeding and migrated, although eagles, vultures and other local inhabitants still abound. Temperatures here may dip to approximately 8 to 15 degrees Celsius in winter, so be sure for the weather. 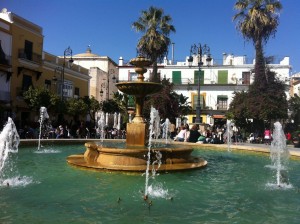 If you’re visiting from El Acebuche, the closest accommodation available is in the town of Matalascañas or El Rocio. You’ll be able to find cheap hotels or campsites in the area – be sure to book in advance in summer as they get full easily.
For those interested in taking the ferry ride from Sanlúcar de Barrameda (a major town in Cadiz), there is a wide selection of hotels and guesthouses to choose from in town. Prices for a double room start from 40euros a night.
For more detailed information, visit the official site of Doñana National Park.