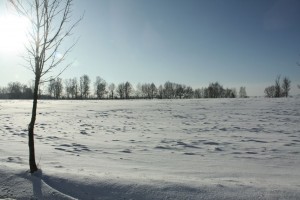 While most travelers flock to Spain in summer, December in Spain can be a rather refreshing experience especially for those who like the wintry, Christmas atmosphere in Europe.  Come December, you’ll find plenty of Christmas markets all over Spain as well as a thick festive mood. As Spaniards head home for the festive season, flights to Spain get pricier the closer it is to the Christmas period. So if you book in advance, you still might get a good deal considering that winter is a relatively low travel season.
Spain weather in December varies depending on where you are in the country, but on the whole, the southern parts of Spain (such as Malaga and the Canary Islands) are definitely warmer than the northern cities like Santiago de Compostela. Thanks to Spain’s location in the southernmost tip of Europe, you would experience generally milder and warmer climate here than other parts of the continent. The average temperature for most of Spain in December is just over 7degC. Remember that those numbers are averaged out over a huge land area, however, so you’ll want to find out more about the specific cities you’re going to be visiting and what their climate is like in December.
Spain in December isn’t all about Christmas, but this holiday certainly is in evidence in nearly every Spanish city and town. Instead of being associated with the jolly Santa Claus, Christmas in Spain is a more serious affair that relate to the country’s Catholic roots. You are likely to see a nativity scene or belen in most squares and shopping malls. Some towns decorate the streets with garlands and lights strung between the buildings, and you’ll even see heavily decorated Christmas trees in some cities. There are countless markets which spring up around Spain in December, too, which are fantastic if you’re doing any holiday shopping. The biggest Christmas fair is in Plaza Mayor, Madrid, where you’ll find rows upon dizzying rows of stores and food carts.
Some areas of Spain get very crowded right around the Christmas holiday, especially Madrid and Barcelona, so if you’re planning to travel in Spain over Christmas you’ll want to book your room in advance (and don’t be surprised if the prices are higher).
Let’s not forget December also means the year is coming to an end. New Year’s Eve celebrations are massive in Spain – expect phenomenal feasting, plenty of dressing up, drinking and partying till dawn. From Christmas Day till the Three Kings’ Day (Dia de Los Reyes Magos) on 6th January, the celebrations almost don’t stop.