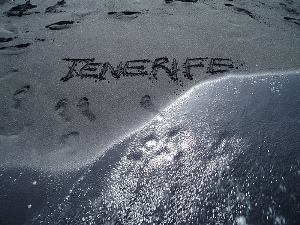 Often called a paradise island, Tenerife is probably one of the last of its kind in Europe. Blessed with sunshine all year round, the island is filled with world class hotels, beautiful beaches and incredible restaurants. Tenerife,the biggest island in the Canary Islands, receives its fair share of tourists each year but manages to retain a sense of authenticity and charm somehow.

Besides numerous pristine beaches, Tenerife has a phalanx of attractions and natural sights to keep you busy. It is home to rich marine life, numerous national parks and the highest mountain in Spain.

Tenerife (previously spelled “Teneriffe” as well) is part of the Canary Islands, located in the Atlantic Ocean. Found off the coast of Africa, Tenerife is in fact nearer to continental Africa than Spain – which is the reason why the Canary Islands experience the best weather in Spain.

How to get to Tenerife

Tenerife is an island and is mostly accessible by plane. There are two airports on Tenerife: Tenerife South (Reina Sofia) near Los Christianos and Tenerife North (Los Rodeos) near La Laguna. Many European airline carriers offer charter flights to Tenerife during the high season. Buses run from both airports to other towns.

Due to the popularity of the island, you can easily find cheap flights to Tenerife. To get from Barcelona to Tenerife, your best bet is to go by plane. A weekly ferry runs from Cadiz to Tenerife. The journey takes two days. Ferries also link Tenerife to other Canary Islands.

While on the island, the best option is to hire a car. It’s very useful if you plan to explore the remote areas. Otherwise, you can use the buses to travel from once place to another.

Blessed with sunshine all year round, the temperatures are really hot during summer. The winters are mild and even though there might be some rainy days, these aren’t very common.

>>more information on weather in Spain

Things to do on Tenerife

Tenerife is a preferred destination for scuba divers. The conditions of the waters are excellent for diving all year round. Combined with the rich marine life available, Tenerife offers some of the best diving opportunities in Spain.

Surrounded by favorable sea conditions, the myriad of water sports available on Tenerife is limitless. Water sports, such as surfing, wind surfing, jet-ski- are available on the south part of the island.

Tenerife is also an excellent destination for hiking, with routes available for any traveler, be them beginner hikers or advanced hikers. Magnificent views can be seen from the top of El Teide. There is a cable car which carries tourists up but do ask locally is the cable car is operational before you plan a hike. If you plan to climb the mountain, you should get a special permission. It can be easily obtained at the island’s capital Santa Cruz de Tenerife.

Other important tourist destinations include: Teide National Park, Loro Parque –home to the world’s most important parrot collection-, Barraco del Infierno –a popular walking route-, The Cliffs of the Giants, Pyramids at Guimar and AquaPark.

The local currency is Euro. Credit cards are accepted at most places. The official language is Spanish but English is spoken mostly in the southern part of the island. German and Italy are pretty common too.

Although Tenerife is a pretty safe place to travel to, be aware of pickpockets. It’s not a good ideal to walk alone at night. Don’t buy any electrical items even if you think they are very cheap. Most often they are actually more expensive and faulty. Use a high factor sun cream as the sun is very close (due to the island’s location close to the equator).