Things You Should Know About Spain 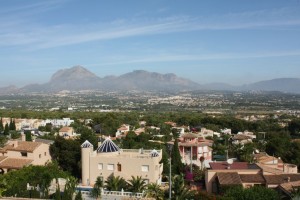 Contrary to most people’s belief, Spain is not all about flamenco, bull-fighting, siestas and fiestas. As one of the most diverse countries in Europe, Spain is packed with old and new; cosmopolitan and laid-back rural; cutting-edge modern and humbly traditional.
While memories of yesteryears are still proudly on display along its streets, Spain is definitely a country of this century – state-of-the-art technology shown through its modern transport networks, and futuristic architecture displayed in Bilbao’s Guggenheim Museum and Valencia’s City of Arts and Science.
For those who are seeking to find the authentic spirit of Spain, there’s no shortage of traditional flair in the markets of Seville and the majestic castles of Spain. Prepare to uncover a versatile and soulful country – whether you are a culture vulture, urban fashionista, outdoor adventurer or design geek, Spain won’t disappoint.  Here are some things you should know about Spain to help prepare you for a memorable experience. 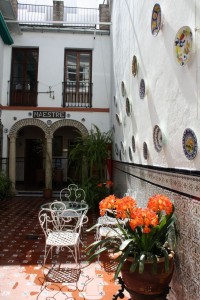 As compared to other countries in Western Europe, Spain is relatively affordable. When planning a trip in Europe, you might like to spend more time exploring Spain and perhaps adding a side-trip to France or Portugal rather than breaking your travel budget by venturing further north. Food, museum entrance and hotels in Spain are generally cheaper here than in UK, Italy or France – in Spain, expect to pay from 10 to 15euros for a standard restaurant set lunch (menu del dia), 15 to 25 euros for a hostel bed and 55 to 70 euros for a simple hotel room.  On top of that, the list of free things to do in Spain is endless.

Expect to find modern commodities and state-of-the-art infrastructure in Spain.

Spain might not be as economically sound as the Scandinavian countries or as technologically developed as Germany and UK, but it definitely has a high standard of living and development. In major Spanish cities like Madrid and Barcelona, expect modern technologies, luxury hotels and developed transport networks. These might be compromised when you’re out in the rural countryside but whichever part of Spain you’re in, you’ll still be surrounded by mod cons.

Think of Spain and most people conjure up images of sun-drenches beaches and party islands. You’ll be surprised to find the multitudes of varying environments here: from the plundering mountain slopes of the Pyrenees stretching across the border with France to the sprawling deserts of Almeria in the south to the emerald green prairies in Asturias reminiscent of Scotland. There are surprises tucked in various corners of Spain and you’ll have to travel far to uncover them.

Don’t expect people to speak English or your language.

Many travelers make the common mistake of expecting other people to speak English when traveling.  Most Spaniards learn English at a young age in school, but unfortunately many of them are too shy to use the language. Don’t forget that there are actually four official languages in Spain: Spanish or better known as Castellano in Spain, Catalan, Basque language and Gallego. Depending on which part of Spain you go to, the language used is different. The main language that most of them speak is definitely Castellano. Try to pick up a few words in Castellano, and the locals would be more than happy to help you out or even have a conversation with you.
Here are more things you should know about Spain, broken down into various cities: