Things You Should Know About the Canary Islands 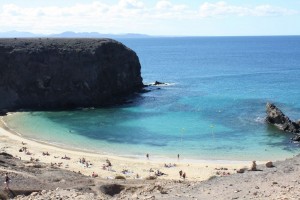 If you think the Canary Islands are all about beaches, parties and skyscraping hotels, then you’ll have to make a trip down to see the isles for yourself. Often mistaken by many as a holidaymaker’s playground, there’s a lot more to the Canary Islands than most people imagine. Besides the obvious stretches of golden sand and pristine beaches, these islands are home to age-old traditions, ancient architecture and charming villages and towns. For those planning a trip to the Canary Islands, here are some things you should know about the isles to better appreciate your time there.
They’re nearer to Africa than the European continent.
To the surprise of many, the Canary Islands are actually located off the north-western coast of Africa, in the Atlantic Ocean. They’re much closer to the equator than mainland Spain and thus have warmer weather year-round. In comparison to the Balearic Islands, the Canary Islands are less developed in terms of tourist infrastructure, yet they experience better weather and more rugged nature. Despite the distance, they are still easily accessible from most Spanish cities and you can easily find cheap flights to the Canary Islands.
They’re not as cheap as Spain continent.
As compared to most Spanish cities, the Canary Islands are slightly more expensive. It’s easy to see why: these islands are located quite a distance from the continent; it takes money and resources to import goods over. Food, accommodation and nightlife are generally about the same price as coastal cities in mainland Spain – expect to pay from 15 to 20euros for a standard restaurant meal, 20 to 30 euros for a hostel bed and 65 to 80 euros for a simple hotel room.  But don’t be put off by the high prices; there are always ways to avoid busting your travel budget. Buy your groceries in a supermarket and cook your own meals and only visit attractions that are free to enter.
They are more than just beaches; you can find what you need here.
The Canary Islands are not all about beaches and holidaying – there are big cities and urban development here. On Gran Canaria or Tenerife, you can find plenty of restaurants, shopping malls and other conveniences that you’ll find in most major cities. If you’re looking to deal with some official paperwork or run errands, you’ll be able to get your answers in these cities. Check out yacht rental in Spain.
The Canary Islands don’t get as crowded as the Balearic Islands in summers.
Unlike the Balearic Islands or Costa del Sol, the Canary Islands in general don’t get overcrowded with tourists in summer. Due to their distance from the mainland Spain, they are not as popular although they offer the same or even better attractions as a travel destination. Of course, there are always more popular beachtowns on Tenerife and Gran Canaria. But if you steer clear of them, and head to the smaller islands like Formentera and Lanzarote, you’ll be able to enjoy the beach to yourself.
People don’t necessarily speak English.
Many travelers make the common mistake of expecting other people to speak English when traveling.  Most Spaniards learn English at a young age in school, but unfortunately many of them are too shy to use the language, although many more people on the Canary Islands speak English due to the high tourist population. Try to pick up a few words in Spanish, and the locals would be more than happy to help you out or even have a conversation with you.