The Most Romantic Places in Spain 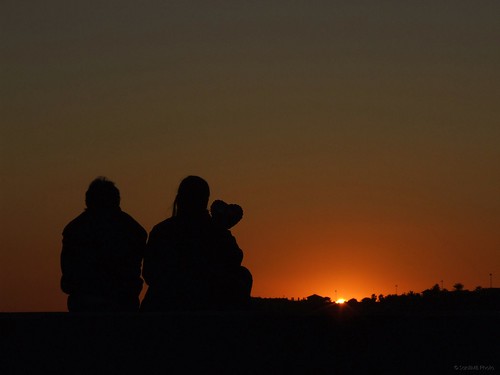 Spain is often associated with romance, thanks to the gorgeous cobblestoned alleyways, medieval squares and miles of golden sandy beaches as the backdrop.  Forget about Venice or Paris, Spain has got the stunning Barcelona, regal Madrid, sultry Seville and sexy Ibiza to set you in the mood for love. Whisk your sweetheart away to Spain for Valentine’s Day and I promise she won’t be disappointed.
Whether you’re into sultry tropical beaches or fancy wine and dine, a trip to Spain will definitely create that spark between you and your loved one. Here are some of the most romantic spots in Spain:

Dubbed the most beautiful city in Spain, Barcelona seduces lovers with its sizzling beaches, majestic architecture and monuments including the Sagrada Familia Cathedral. The gorgeous city of Barcelona has been the setting of  numerous romantic movies including the most recent Woody Allen film, ‘Vicky Cristina Barcelona’. Need we say more? Book yourself a sexy Barcelona hotel and treat you and your loved one to a Valentine’s Day in Barcelona – the city’s seductive appeal is enough to spice up your relationship with your loved one. 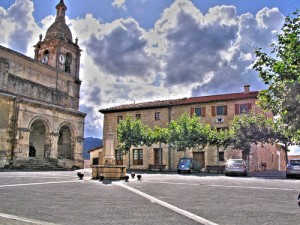 This gorgeous region in northern Spain is the birthplace of La Rioja, one of the best wines in the world. What better way to romance your loved one than to go wine-tasting in the Rioja region, indulge in one of its numerous fine-dining bodegas and spend the day at a casa rural in the vineyards. And if that’s not enough to set you in the right mood for romance, La Rioja’s Old Town is a charming labyrinth of medieval buildings and narrow alleyways.

Just one hour away from Madrid is one of the most beautiful and charming medieval cities in Spain. Toledo is stacked up on a hilltop, overlooking prairies, farms and olive groves while its historic quarter is centred around an ancient castle. Walk hand-in-hand with your loved one through its cobbled paths, get lost in dark alleyways and be blown away by the beauty of Toledo. Catch the tourist train from its town centre and explore the outskirts of the town where you will be treated to jaw-dropping views of its valley and cliffs. 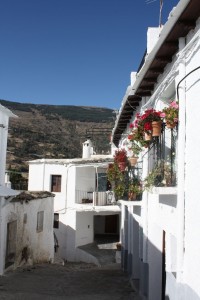 Voted by many as the most romantic city in Andalusia, the sheer atmosphere in the humble city is impalpable. Perched on the city’s hilltop, the breathtaking Alhambra Palace bathes Granada in a blanket of romance. The former Moorish palace is the most visited monument in Spain and has been voted as one of the top castles in Spain. Numerous Granada hotels are converted from ancient palaces and many of them open up to a jaw-dropping panorama of the Alhambra.

Tucked in the slopes of the Sierra Nevada are beautiful white-washed hilltop towns of the, Alpujarras. The Alpujarras is a gorgeous, naturally-sculpted conglomeration of tiny towns and villages that play hosts to enchanting vacation rentals. Many of the smaller and quieter towns are ideal for a laid back romantic vacation where you can simply lounge around, soak in the beauty of the mountains or enjoy a leisurely hike in the area.
Photo credit: First two photos from Creative Commons by SantiMB .